Is Marijuana Legal in Europe? Breakdown By Country 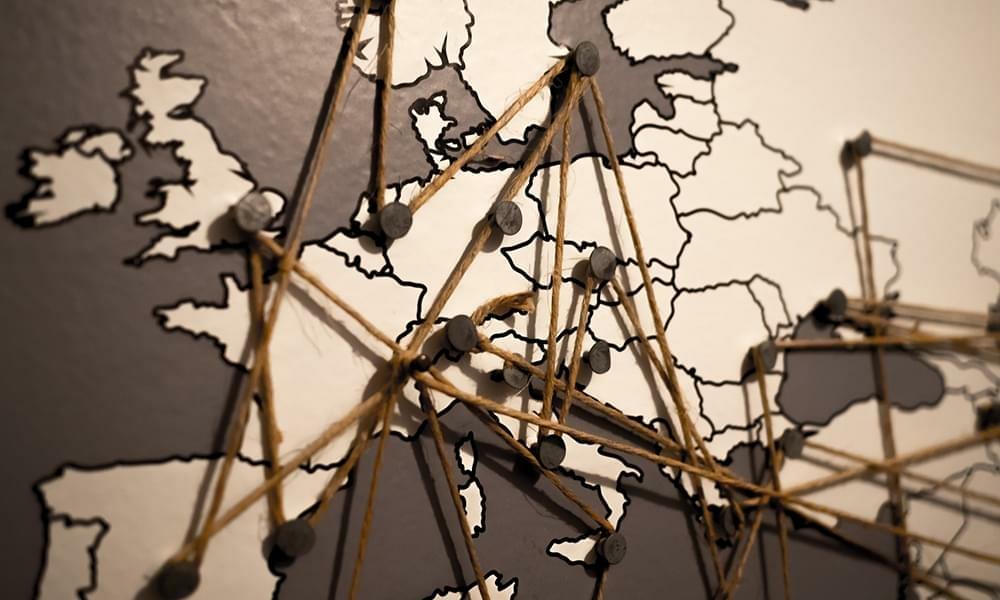 Where is weed legal in Europe? Unfortunately, while there are some countries with relaxed marijuana laws in Europe, there are currently no countries where pot is legal. That's right -there are actually no countries that have legalized weed in Europe for recreational use. But that doesn't mean that you can't head to the continent and enjoy a toke or two. There are several nations that have legalized cannabis for medical use and there are a few where marijuana use is decriminalized, tolerated by law enforcement and easy to procure and partake. Even if you are technically breaking the law no one will care or bother you about it. And thanks to the fluid borders of the European Union, it is safe to carry your stash from country to country if you stay within the E.U. If you are planning on leaving the friendly confines of the 27 member states that make up the group, you should probably leave the bud behind because customs won't be pleased if they discover your weed upon entry. While there may not be any countries where marijuana is legal, here are the countries where marijuana laws are currently the most relaxed.

Let's begin with one of the smaller nations in Europe and the one that looks like it will be the first to officially legalize cannabis for recreational use. Yes, little Luxembourg will be the first of the legal weed countries in Europe when it completes the transition to a legally regulated production, sale and consumption system of cannabis in Europe by 2022. The tiny alpine gem legalized cannabis for medicinal use in 2018 and recreational use is currently considered to be virtually legal. Once the new laws are in place individuals will be allowed to possess up to 30 grams of marijuana. There might be restrictions on tourist purchasing but the ubiquity of the herb should make what is already an accommodating cannabis culture more than adequate for those visiting from abroad. Quality weed (usually from the Netherlands) can be easily and safely procured at various locations around Luxembourg City Center.

Recreational: Illegal but decriminalized since 2001 with recreational use highly tolerated.
Medical: Legal.
Enforcement: None.

Amsterdam. Just the name of the city brings a twinkle to the eye of even the most seasoned stoner. The coffeeshops of this gorgeous historic city are legendary and known around the world. So much so, in fact, that the local government is considering preventing tourists from entering cannabis shops to keep the party from getting out of hand. The city has been overwhelmed with tourists of all stripes over the last 20 years and residents are concerned that the soul of their town is being lost. For now, however, the coffee shops are open for all to enjoy. But the Netherlands is not just Amsterdam. There are plenty of other beautiful cities and towns to enjoy and most will have at least one coffee shop where you can consult the menu and chose the strain of your desire.

Recreational: Illegal but decriminalized since 1976 with recreational use highly tolerated.
Medical: Legal.
Enforcement: None.

The scene in Spain is unique. The country does not distinguish between recreational and medical cannabis use and while both remain technically illegal, medical and recreational use in private areas were decriminalized in 2015. The easiest way to procure some bud in Spain is to connect with one of the cannabis clubs that are most prevalent in the regions of Catalonia (Barcelona), Navarra (Pamplona) and the Basque Country (San Sebastian, Bilbao). The clubs are private collectives and cooperatives that are allowed to operate in a non-profit manner. They are technically illegal for tourists to patronize but can be accessed without too much difficulty. An ID, an address (a hostel or hotel is fine), and a small "membership" fee are all that is normally required. Some of the clubs can be seedy and only have low-grade marijuana so take your time and find one (there are plenty) with a comfortable atmosphere and top-shelf product. The sentiment in Spain leans toward tolerance of cannabis use and it will hopefully be one of the first European countries where weed is legal.

The mellow and laid-back Czech people are some of the top cannabis consumers on the continent. Cannabis in the Czech Republic remains technically illegal for recreational use, but personal possession (no more than 10 grams) has been decriminalized since 2010 and medical cannabis use is on the rise since it became legal in 2013. The scene in Prague and other Czech cities is similar to other countries where marijuana use is not seen as any big deal by the authorities. If you are smart and don't flaunt it, you'll be fine. The best place to procure in Prague is at bars and clubs where there is often a dealer on the premises. Avoid purchasing on the street where swindlers prey on naive tourists.

The Netherlands' neighbor to the south has a cannabis culture that is tolerant but subdued. It is illegal to sell or possess cannabis in Belgium, but personal use was decriminalized in 2003. Medical use is legal but rarely utilized by physicians. Belgium's proximity to the Netherlands and the open border between the two (within the E.U.) ensures a steady supply of quality cannabis. In the larger cities like Brussels and Antwerp, open smoking in public squares and parks is not uncommon.

Weed in Other European Countries

What about some of the larger and most visited countries for people on holiday who might want to get high? Is weed legal in France? Alas, no. But, things do seem to be improving as the government slowly moves to decriminalize and reduce fines and jail sentences. Is weed legal in England or is weed legal in the UK? Again, no. Even though marijuana use is popular and on the rise in England and the rest of the United Kingdom, the current administrations remain intolerant of any recreational marijuana use. The situation is similar in Germany where Angela Merkel's Christian Democratic Union (CDU) is considering easing restrictions on recreational use but has yet to move forward with any initiative.

Similar to the situation in the states in the U.S. where marijuana use remains forbidden and heavily policed, across Europe marijuana can still be found and consumed if you know where to look. Here is a list of the countries where cannabis use in any manner is illegal and enforced and should probably be avoided if you are intent of hitting the weed hard on your holiday: Albania, Belarus, Bosnia, Bulgaria, France, Hungary, Iceland, Ireland, Kosovo, Latvia, Lithuania, Montenegro, Romania, Serbia, Slovakia, Ukraine, United Kingdom.

Have you traveled to Europe recently and purchased or used cannabis? Where were you? How did you get your weed? Let us know in the comment section below.