What is a Cannabis Activist & How to Become One? 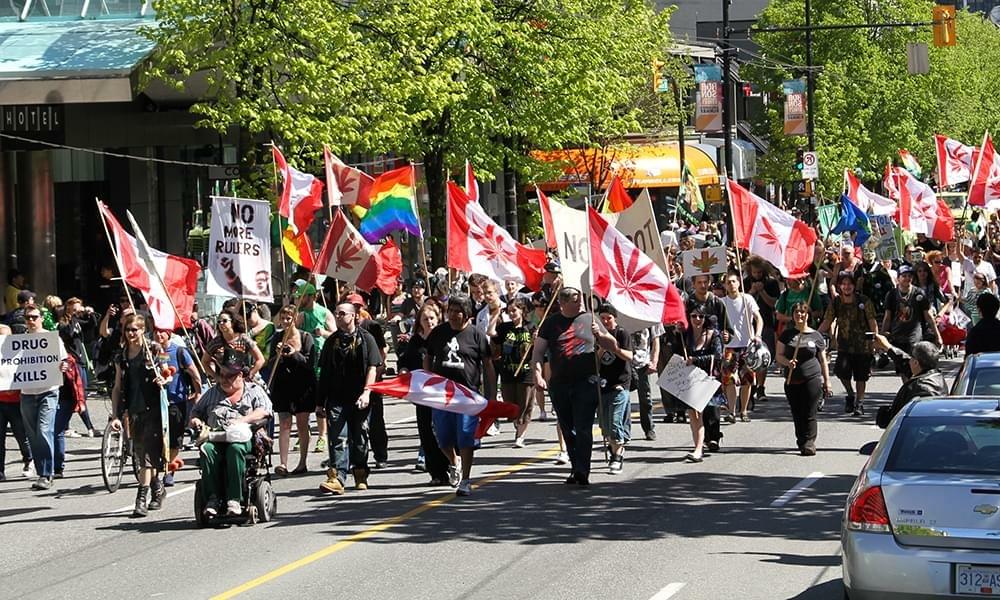 At first glance, it appears that the news surrounding marijuana these days is almost always positive. Legalization, decriminalization and societal acceptance are carrying cannabis and cannabis-related products into the mainstream. There are now 33 states where marijuana is legal for medical use and 11 where residents can enjoy recreational weed, with a number of other states expected to join the growing list of recreational weed states in the near future. Take a closer look, however, and it becomes immediately clear that for all the gains that have been made over the past 25 years, marijuana activists have much to do to reach the goal of a system of equality.

Cannabis might be legal at the state level, but according to the Federal Government, it is a Schedule I substance and therefore prohibited under federal law. Unfortunately, high arrest rates disproportionately affect the BIPOC (Black, Indigenous, People of Color) community and it is clear that a severe bias exists when it comes to arrests and incarceration of U.S. citizens for marijuana-related offenses.

According to a report from the American Civil Liberties Union, "on average, a Black person is 3.64 times more likely to be arrested for marijuana possession than a white person, even though Black and white people use marijuana at similar rates." There are currently over 40,000 people in jail in this country because of marijuana offenses. Marijuana activism is as important today as it has ever been.

The Role of the Marijuana Activist

Marijuana activists are individuals who are energetically involved in advancing the cause of marijuana legalization and legitimization. They seek to increase public awareness of the legislative issues surrounding the use of medical marijuana, remove regulations that restrict access to marijuana or work to reform a broken criminal justice system that prejudicially targets underrepresented or marginalized communities. A weed activist can work alone or work with/become a member of any number of organizations that focus on the inequalities and erroneous information that still surround cannabis - organizations like NORML, National Cannabis Industry Association and Marijuana Majority. Notable cannabis advocates include:

Known as the "Emperor of Hemp", Herer is the author of the influential book The Emperor Wears No Clothes and founded Help End Marijuana Prohibition (HEMP). Herer's legacy is immortalized by the eponymous sativa-dominant strain.

D'Angelo co-founded the first commercial cannabis lab and the first cannabis investment firm in the country. He has worked tirelessly for decades to decriminalize and legalize cannabis.

The "Martha Stewart of Marijuana" founded Women Grow - the cannabis industry's largest professional female networking organization - and also started the Jane West cannabis lifestyle brand that has turned countless suburban moms on to the health benefits of marijuana use.

Peron was instrumental in California's medical marijuana legalization in the 1990s and co-authored California's groundbreaking Proposition 215. He also co-founded the first public cannabis dispensary (San Francisco Cannabis Buyers Club) and was known for providing marijuana to San Franciscans suffering from AIDS at the height of the epidemic.

How to Become a Cannabis Activist

There are several ways to become a marijuana advocate, support the movement for reform and reach the ultimate goal of federal legalization. As with any type of activism, it is important to be informed and stay up to date on the ever-changing cannabis landscape in the U.S. Follow the news, understand existing and potential legislation and get engaged!

Find the Group That is Right for You

Even within states where medical and recreational cannabis are legal, there are municipalities where they are not. Regularly attending city council or county board meetings and making your voice heard can have a profound effect on local ordinances that might unfairly target minorities or prevent patients from accessing medical weed.

Attend an Event or Rally

Going to cannabis advocacy events is an excellent way to meet similarly minded people and champion the cause of marijuana. Local gatherings on a small scale are great for networking and larger marches and rallies can prompt the public and politicians to understand the strength of the movement.

We live in a capitalist society and money talks. Cannabis advocates and pro-marijuana organizations require funding to operate and effectively educate others. A little research can go a long way to guide you and your dollars to a suitable group or association that will benefit from your philanthropy regardless of the amount of cash donated.

Are you a cannabis activist or have you thought about joining others in marijuana activism? Take a moment to let us know in the comments section what it's like where you live and the cannabis issues that you find to be most important.