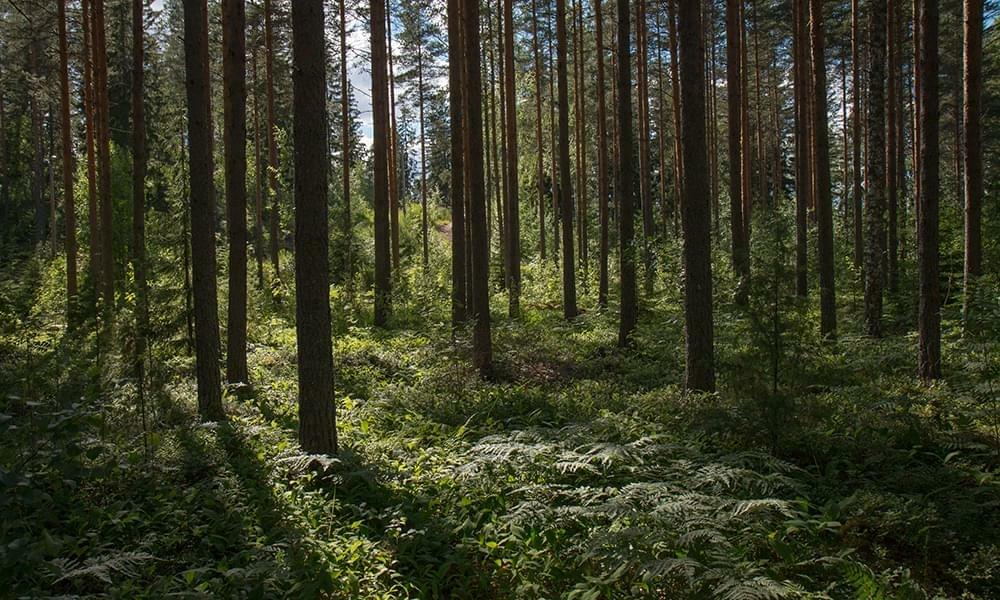 Back in the dark days when the War on Drugs was raging and access to any decent strain of marijuana was either difficult or close to impossible, Humboldt County weed was held in very high regard by cannabis lovers from coast to coast. The weed came from one of the three counties that make up what some called the Weed Capital of the World: Northern California's Emerald Triangle. It's certainly a cool name, but the Emerald Triangle in California is not as mystical as it sounds. Where is the Emerald Triangle specifically? It is simply where the administrative divisions of Mendocino, Trinity and Humboldt converge to form an upside-down triangle and produce some of the finest cannabis in the world.

The climate in this small coastal zone of northwestern California is the key player that creates what seasoned growers claim are ideal conditions in which to grow cannabis. Anyone who has had the pleasure to consume stellar strains from the Triangle like Sour Diesel, White Runtz, Green Lantern and Banana Split knows that you cannot argue with the results. Similar to the way the wine in counties to the south like Napa and Sonoma is known for its top quality, Humboldt, Trinity and Mendocino County weed is revered and reaches its esteemed caliber thanks to several environmental factors.

The Emerald Triangle sits on the coast of the Pacific Ocean and is blessed with a marine layer of fog on most mornings and abundant sunshine most afternoons. It is known for its unique terroir (the environmental factors that affect a plant such as soil, climate and topography) that graces cannabis plants with what they need to thrive. The hot and dry days of summer encourage rapid and robust growth and when autumn arrives, the days shorten and the nights cool, allowing for flowers to ripen, cannabinoids to concentrate and trichomes to be produced.

The Weed Triangle: A Brief History

The Emerald Triangle began to receive recognition at the end of the 1960s as the dream of hippies and flower children began to die amongst the unrest of the era. Some of the kids who flocked to San Francisco to enjoy the Summer of Love decided that they'd had enough of the decaying city scene and moved to the dense verdant forests in the northern part of the state. Many of their friends soon followed. Jobs were scarce in this remote part of the country and the transplants quickly realized that they would need a source of income to survive. It was illegal to grow weed back then, but the allure of the crop and the understanding of the healthy growing environment was too much to ignore, and marijuana farms began to pop up in the isolated forests of the area.

Eager to improve upon the quality of the weed they were growing from Mexican seeds, the homesteaders learned to isolate female cannabis plants from their male counterparts to increase THC levels in the female plants and also collected new indicas from Southeast Asia that they cloned with sativas from other parts of the world. They also began to understand the importance of light deprivation and selective breeding. All of this resulted in a tasty and potent pot that had not been previously available.

This is the notorious moniker of a quiet area in the southern part of Humboldt County near the hamlet of Alderpoint. The name began to float about the region in the 1980s when several people were found dead or reported missing. A couple named James and Suzan Carson (known as the "San Francisco Witch Killers") was arrested and charged with murdering three individuals in 1983. The name "Murder Mountain" stuck as more and more residents of Humboldt County were killed over the years or simply disappeared into the seemingly endless misty hills. The number of unexplained disappearances prompted noted producer and director Josh Zeman to investigate and document the region in an attempt to understand how the legal and illegal markets, the vast amounts of cash and the dependence of the local economy on weed money can potentially lead to deadly violence. Zeman and his crew's work resulted in a six-part series - appropriately titled "Murder Mountain" - that is now available on Netflix.

The Emerald Triangle quickly became known for not just the quality of weed, but also the quantity of cannabis produced. As cultivating techniques were perfected, yields continued to grow, and the area became the largest cannabis-producing region in the country. Humboldt County weed became synonymous with the best marijuana one could find in the U.S. As the years went by and laws and attitudes began to change, growers in Humboldt struggled to acclimate to the increased competition and more importantly, the vast number of rules, regulations and taxes that came with the legalization of cannabis in California. Cultivators have persevered, however, and are now reaping the benefits of the new market by reaching back to the historic and legendary status of the area and marketing their weed (justifiably) as some of the best available.

Humboldt Farms is just one of many groups in the county with a focus on sustainability and organic farming. They're producing cannabis that sells for more than other weed across the state not simply because of the strict growing practices and top-shelf flower but also because of the name. Humboldt County remains famous and as the black market slowly emerges into the light and demand for cannabis increases, cultivators in the Emerald Triangle are enjoying a rebirth of sorts as they build and expand to keep up with demand. With that expansion comes responsibility and there are several organizations within Humboldt County in particular that have been set up to advise and monitor land and water use at growing operations in the county. Humboldt growers are also working hard to maintain what they feel makes their weed different from cannabis mega-operations in other parts of the country: A focus on small and family farms, rejection of corporate consolidation, biodiversity, land stewardship and protection and a deep-rooted connection to a consciousness-expanding plant.

Have you ever traveled to the Emerald Triangle? Are there any specific strains from that region that you think are extra special? Let us know in the comments section below.