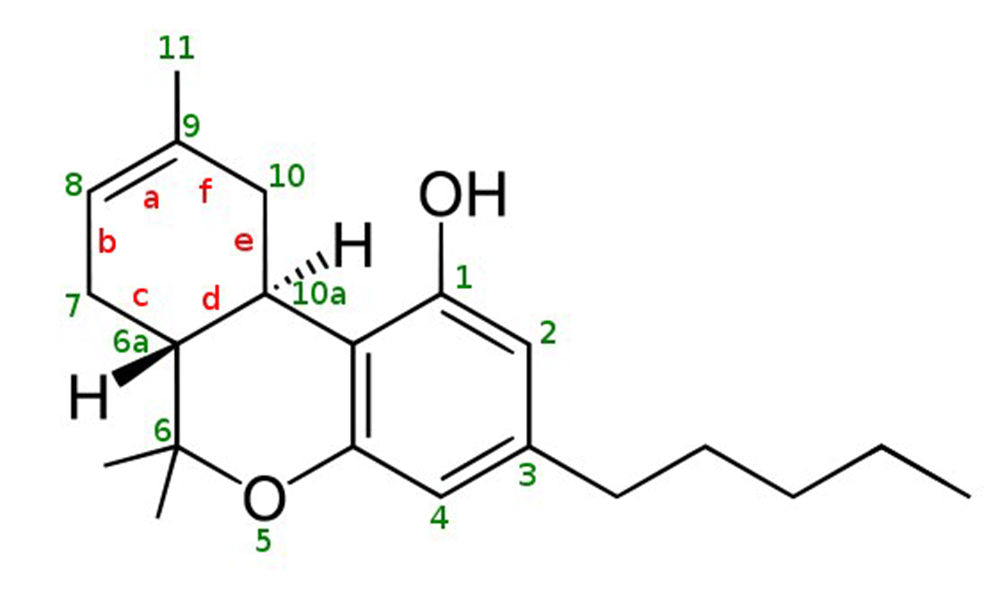 Almost everyone interested in cannabis knows about THC. Tetrahydrocannabinol is responsible for the high that comes with consuming marijuana. The type of THC that is known to stimulate the brain in a manner to those familiar with cannabis is called delta-9 THC. This highly potent and psychoactive compound is prevalent in cannabis and when consumed it provides the majority of the psychoactive effects, as well as many medicinal benefits. Delta-9 THC is just one of over 100 cannabinoids that have been isolated and identified in cannabis. Cannabinoids are naturally occurring chemicals that produce physiological and behavioral effects by linking with receptors in our bodies to alter things like brain patterns, the immune system and appetite strength. The suddenly ubiquitous CBD (cannabidiol) is another cannabinoid that has become popular primarily for its therapeutic properties. In this article, we'll explore Delta-8 THC, a cannabinoid with a lot of potential.

Delta-8 THC is one of those other dozens of cannabinoids that is not nearly as well-known nor as prominent as CBD or delta-9 THC, but is quickly gaining a foothold in the industry as more is discovered about it. A variant of THC, delta-8 is similar to delta-9, but the double bond is on the eighth carbon instead of the ninth. Delta-8 is also far less prevalent in cannabis than the dominant delta-9 THC. Unlike delta-9 THC, which in some strains can be found in percentages as high as 35%, delta-8 THC only appears in very low amounts in marijuana. In fact, it usually only makes up about 0.01% of the plant.

Researchers first identified delta-8-THC in the early 1970s and determined that the difference between delta-9 THC and delta-8 THC is the placement of a single atomic bond in the compound. Since it is present in such low levels compared with delta-9 and CBD, for example, its discovery did not receive much publicity. Some speculate that it is because a study released in 1975 noted that it inhibited tumor growth in mice - thus indicating a medical value in marijuana - that the federal government did not want that information released to the public. It's difficult to say with any certainty.

Yes. The Agriculture Improvement Act of 2018 (The Farm Bill) declared that all cannabinoids and isomers in hemp are legal if the product derived from the hemp has less than 0.3% delta-9 THC. This incredible legal loophole keeps delta-8 THC on the permissible side of the drug spectrum and has several companies around the country going through the painstaking process of extracting the minor cannabinoid for consumer use. The process is called isomerization and involves using chemicals to break and rearrange the atoms of CBD and isolate both delta-8 THC and delta-9 THC. Delta-8 THC does provide its own type of cerebral stimulation, but it is currently held in high regard due to its medicinal attributes. It not only binds with the CB1 receptor in the central nervous system to produce psychoactive effects, but it also binds with CB2 receptors to help the immune system. It is this versatility that allows it to be of particular use in a medical setting.

When isolated in a pure delta-8 THC extract, the minor cannabinoid found in tiny amounts has some large medicinal benefits. Delta-8 cancer treatment is where those benefits are most apparent. According to the National Cancer Institute, delta 8-THC can help with all of the below issues related to cancer and cancer treatment:

Does a delta-8 cancer cure exist? Several studies have indicated that its use can inhibit cancer cells in laboratory rats. More research and studies on the compound are necessary to know for certain.

Where to Buy Delta-8 THC?

From a non-medical standpoint, some users describe the high from delta-8 THC as pleasant, motivated, calm and clear-headed. Researchers believe it to have about two-thirds of the potency of delta-9 THC, but some who try delta-8 report little to no psychoactive activity. Anyone looking can find delta-8 for sale fairly easily. Dispensaries in states where recreational cannabis is legal are beginning to sell it in vape, dab or edible form and online retailers are beginning to offer it as well. Keep in mind that it might be difficult to order in some states where the shipping of any hemp or cannabis product is still prohibited.


Have you tried delta-8 THC? If so, what prompted you to give it a try? Did you consume it recreationally or for medicinal purposes? How did you like it? What were its effects? Take a moment to let us know in the comments section below.