The Entourage Effect: How to Get the Most Out of Your Cannabis 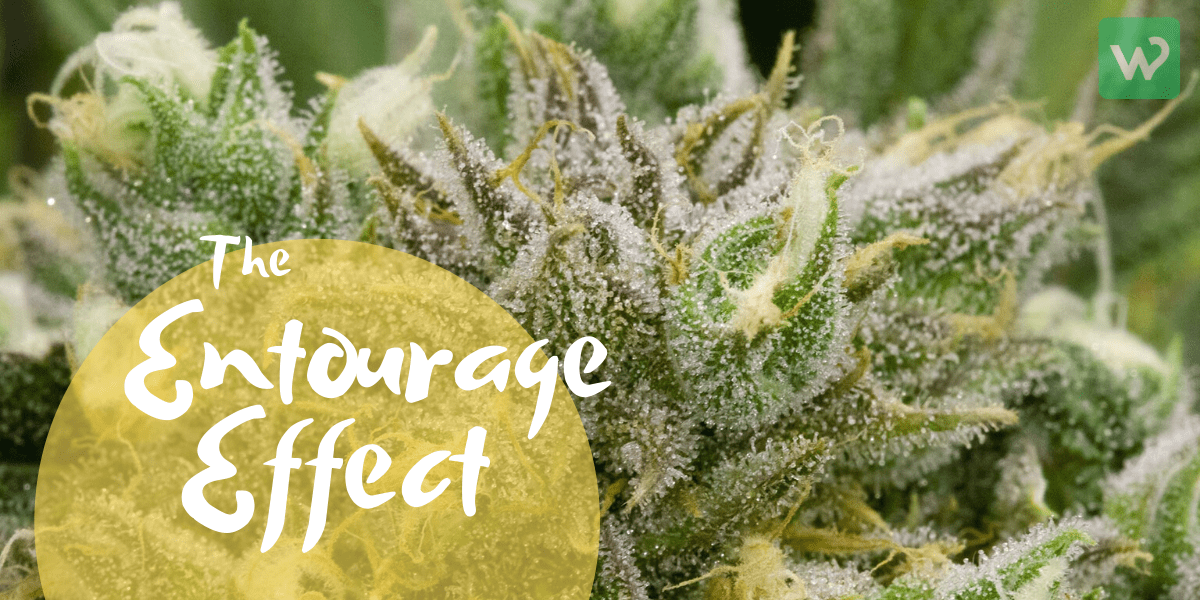 Cannabis is one of the most unique plants on earth, with hundreds of distinct chemical elements each with their own distinct effects. The two most prevalent compounds produced in the plant are cannabinoids and terpenoids, which gives cannabis its famous effects. Many marijuana users are familiar with cannabis' two most popular cannabinoids, THC and CBD, but cannabinoid knowledge seldom reaches beyond the two. Cannabis actually contains dozens of different cannabinoids that contribute their own effects when consumed. The combination of effects produced from cannabinoids and terpenes are what we call 'the entourage effect.'

What is the Entourage Effect?

Individually, each of the cannabinoids created in the cannabis plant have their own specific interactions with the human Endocannabinoid System (ECS) when consumed. THC will produce euphoria and other psychoactive effects when consumed, while CBD will create relaxation and numerous bodily effects. Other cannabinoids and terpenes will have other, more minor interactions with the mind and body. However, when consumed together, each compound will alter the effects of the other to create a unique experience, known as the entourage effect. Certain cannabinoids like CBD can affect how THC binds to your body's Endocannabinoid System, ultimately altering the interaction between the cannabinoid and the ECS receptors. The consumption of other cannabinoids along with THC can reduce the psychoactive effects of THC, producing a more relaxing high. Certain terpenes have been linked to their own distinct synergistic effects. For example, the terpene Pinene can counteract the possible memory altering effects of THC, reducing potentially negative side-effects. The terpenes myrcene, pinene and caryophyllene can help combat anxiety when consumed together. These are just a few examples of the benefits that can be obtained when combining a myriad of different cannabinoids.

What is Whole Plant Medicine?

Whole plant medicine is the term used to describe cannabis products containing the entire spectrum of cannabinoids and terpenes contained in the cannabis plant. Whole plant medicine differs from simple THC- or CBD-only concentrated products in that they offer the benefits of the combined effects of all cannabis elements. Many consumers who place importance on a holistic approach to healthy living have found this type of practice to be extremely effective for a number or issues or ailments.

In the past, many cannabis cultivators put an emphasis on growing marijuana strains with high THC content, often not taking into account the other cannabinoid levels in their plants. In today's age, many cultivators now take into account the CBD content and terpene profiles of their strains when deciding which plants to grow. This is a great thing for consumers, as a carefully crafted cannabinoid and terpene profile can lead to better, more enjoyable highs from consuming these balanced strains.

What are some of your favorite THC and CBD strains out on the market now? Leave a comment below and let us know what you think!