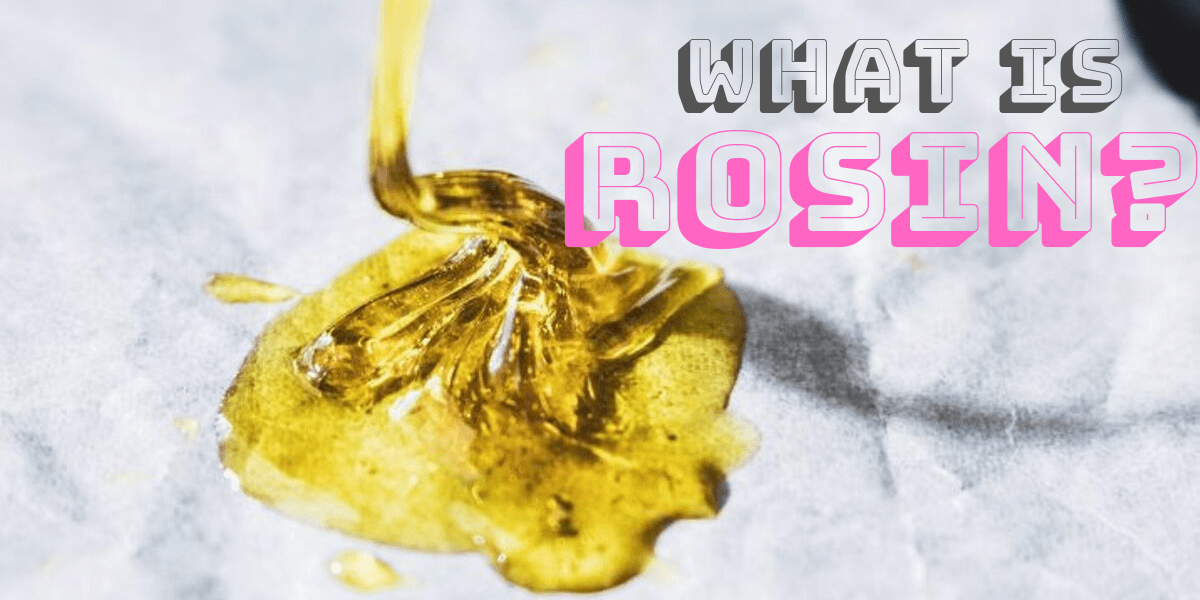 As more and more states across the United States legalize marijuana, the popularity of cannabis concentrates is growing at an impressive rate. The perceived benefits of concentrates as opposed to flower have weed lovers gravitating toward the increased potency and precise dosing options that extracts and oils provide. The different types of concentrates also draw connoisseurs who are curious to try the next new method of THC ingestion. Budder, shatter, tinctures, wax and crumble are just a few of the options out there, with rosin being one of the more recent arrivals to the party. Rosin is a THC-rich cannabis concentrate that is produced by putting weed under intense heat and pressure without the use of solvents. The lack of chemicals involved in the process means that the resulting rosin wax does not have any hydrocarbons and the integrity of the plant material is not compromised.

How to Make Rosin

The quality or your rosin concentrate will be a direct reflection of the starting material, so high-quality flower, kief or hash should be used when making this simple yet powerful concentrate. The concept of rosin extraction is not complicated but be aware that a large quantity of starting material is necessary, with 'sticky' strains producing more rosin. Try to use marijuana that is loaded with trichomes (sticky hairs that look like miniscule mushrooms) and has a strong and fragrant aromatic profile. The marijuana should be enclosed in rosin pouches (readily available online) or basic kitchen parchment paper and placed between two heated plates (AKA a rosin press) and pressed tightly together. Enough paper should be available to catch any rosin that escapes from under the heating elements. Hair straighteners can be used to press the weed but there are now many affordable manual rosin presses and hydraulic rosin presses that can be used to slowly apply the necessary pressure.

The heat from the plates on the press loosens the trichomes that contain the plant's cannabinoids (such as THC) while the pressure gradually squeezes them from the flower. It should not take more than 20 or 30 seconds to complete the process. The more pressure your press can produce the more rosin you will get. Temperatures of 300 - 350 degrees will result in marijuana rosin - a pure cannabis concentrate in the form of a delicious resinous sap that rivals the purity and strength of some of the most technically advanced hydrocarbon extracts available. Lower temperatures of 250 - 300 degrees will produce a more solid but equally strong form of rosin. Use a dabber to remove the rosin for use or storage. Note that higher quality rosins will bubble when heated.

How to Use Rosin

Dabbing rosin is an excellent way to keep things pure and take advantage of the great taste that it exudes. Rosin can also be put on top of flower in a bowl, bong or added to a joint. It is works well in edibles since the weed is already decarboxylated. That means that the major step in preparing edibles is already complete. Rosin can also be vaped using an electronic vaporizer designed specifically for vaping concentrates.

What is Live Rosin?

Live rosin differs from standard rosin because it is extracted from fresh flowers that have not been dried or cured. The flowers are then frozen but the water content in the frozen plants means that heating is not an alternative because the water will boil and ruin the weed. Instead, ice wax or freeze dried bubble hash is made first and then dried prior to the pressing that creates the live rosin. Live rosin is popular primarily because of its complete flavor profile and freshness and flavor of the terpenes (aromatic oils that give marijuana its flavor). The untainted terpene content of the uncured cannabis shine through in a manner not present in other concentrates.

We noted a few of the benefits of cannabis rosin above. Here is a more complete list.

What To Look For When Purchasing Rosin

Adequate rosin is now a staple at most dispensaries but there are a couple things to check prior to your purchase to ensure that the rosin you buy is well made and of the highest quality.

Do you use rosin? If so, what in particular do you enjoy about it? How do you consume it? Let us know in the comment section below.