The Myth of THC Candy on Halloween 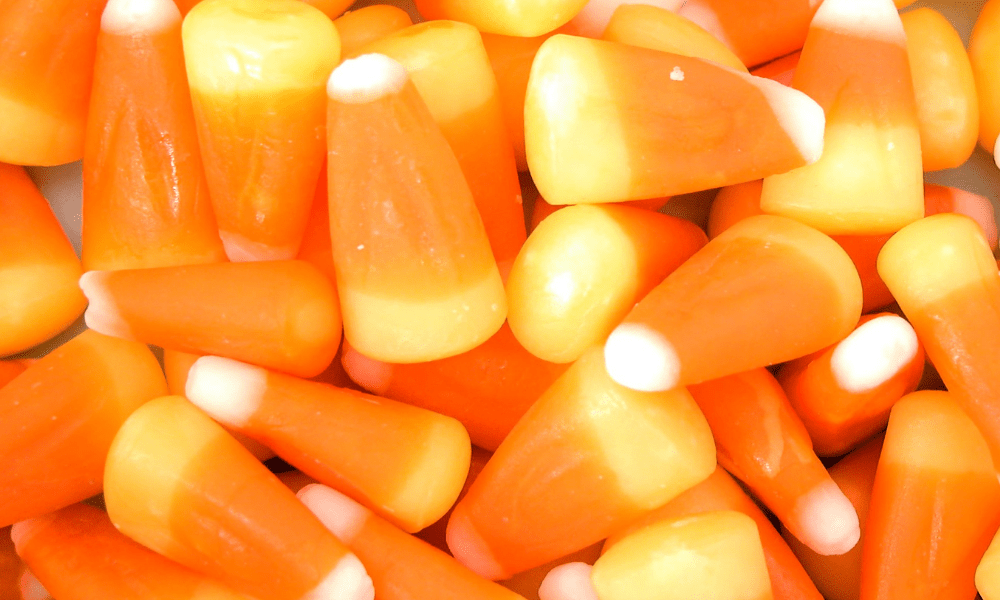 Halloween is a holiday of myth and urban legends, ghouls and horror stories. Unfortunately, not all scary tales are left to the realm of fantasy and folk-lore. While there may be truth behind concerns surrounding the trick-or-treat tradition - inviting children to the doorsteps of strangers to ask for candy in the dark -  one freak concern that has never been validated is the handing out of poised and drug-laced candy. Here's why you shouldn't be worried about you or your children falling victim to marijuana Halloween candy.

Halloween candy paranoia has been around for a long time. It all began in 1970 with a New York Times article that rhetorically suggested the possibility of tampered candy and mentioned two unconfirmed cases at the time. Two days later, a five-year-old died on Halloween after consuming heroin. The child's uncle claimed he died because he had been given heroin-laced candy for Halloween. And thus, a fifty-year myth about the dangers of tampered Halloween candy began.

Throughout the years, there have been many different dangerous Halloween candy claims. Some of the most popular variations include razor-blades in apples (which was mentioned in the 1970 New York Times article), candies laced with deadly chemicals like arsenic, and of course, drugs in candy. While there have been a few very specific, isolated cases of Halloween candy tampering, there has never been proof that razor-blades and drugs are a danger to any kids on Halloween night. The most prominent instances of Halloween candy-related deaths involved a man that murdered his son with a cyanide-laced pixie stick and a crazed woman in Long Island thathanded out arsenic-laced candy. These incidents were isolated one-offs that are hardly telling of a larger danger.

The long-standing myths surrounding marijuana Halloween candy and other drug-laced treats can be boiled down to a larger narrative that perpetually demonizes marijuana and its users. As we trace the origins of various Halloween candy scares, we begin to realize two things:

The most recent scare that has officials claiming Halloween will never be the same involves a drug-bust that included 500 edibles packaged to look like Nerds Rope. Even though the weed candies were found eight months outside of Halloween and were clearly labeled as THC-infused, authorities have spent the rest of the year facilitating a public campaign to raise awareness for marijuana edibles packaged to look like regular candy. And while these edibles were being illicitly transported, no reason has been given to assume they were meant to deceive children. The dialogue that has ensued perpetuates war on drug verbiage and supports the long-held social taboos surrounding marijuana.

Over time, year after year, THC infused Halloween candy theories have been debunked through simple research. In 2017, the New Jersey attorney general's office published an official document that raised concerns over marijuana edibles becoming increasingly dangerous to children. However, the claim was based on the 10-year-old case of a boy getting sick after eating an edible he found in his parents' car. The incident was written off, like each yearly theory is, as a scare tactic meant to destabilize marijuana's social standing.

As stories like this are posted online, covered by various news sources, and repeatedly spoken about by authorities, they are more likely to be taken seriously by groups looking for more reasons to distrust marijuana and cannabis culture. As we've seen with the spread of misinformation related to Covid-19, conspiracy theories are often rooted in overarching agendas and systematic misalignments in perspective. Unfortunately, marijuana policy is closely tied to a system that suppresses marginalized communities and uses scare-tactics and social conditioning to support larger injustices. Halloween edibles given to unwilling children may be false, but the larger issues surrounding such myths are very real.

First and foremost, edibles (and simply marijuana in general) are expensive, with a small package of 10 THC-infused gummies costing anywhere from $15 to $40. If people are concerned that the candies are being homebrew infused, the same problem applies. It would cost a lot of money to hand out THC-edibles during Halloween.

Many States Have Banned Edibles From Looking Like Candy

Secondly, THC-infused edibles are being banned from looking like traditional candies that appeal to children. Colorado and several other states banned THC gummy bears and similar products back in 2017, and many other states are looking to pass the same regulations. As marijuana becomes increasingly available and more socially accepted, there have been more cases of children finding their parents' edibles (check out our blog about what to do if your child does eat weed). Because of this, regulations are being implemented and cannabis distributors are working to make sure regular candies and THC-infused candies remain distinguishable.

Marijuana Products Must Be Clearly Packaged

All legally purchased cannabis is required by law to be clearly labeled as such. So long as marijuana products are in their original packaging, it is easy to tell what it is due to labels that specifically state THC-content. Legal marijuana distributors are required to follow state-mandated laws that provide security and reliability to customers. Marijuana and its users have been demonized for generations, but new laws such as these are ensuring that the cannabis industry keeps consumers informed and safe. With these laws and regulations, it's highly unlikely that your children will come across THC candy Halloween night.

Have you heard any outrageous Halloween candy rumors lately? Share your stories and concerns with us by commenting below!