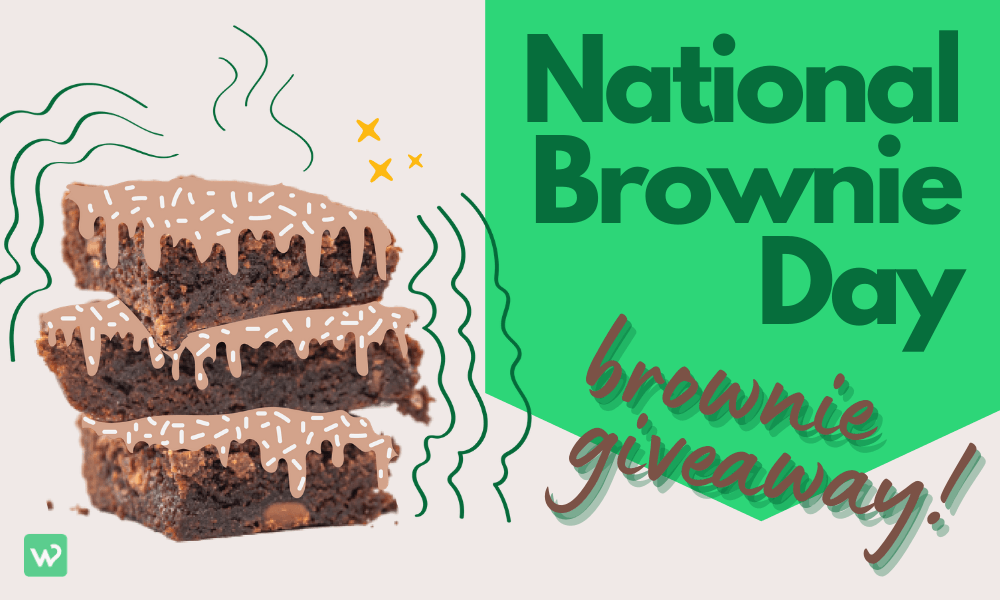 If you've ever tried to make your own marijuana brownies and failed, this one's for you. This month at Where's Weed, we're celebrating National Brownie Day -- without turning on the oven. Even though the holiday takes place on December 8, 2020, we're gearing up to celebrate with one incredible giveaway. Keep reading to find out how you can win up to four different brownie trays and a $200 Visa gift card!

Since the start, cannabis and brownies make up a seriously solid dream team. In fact, infused brownies are one of the most classic DIY cannabis edible recipes and a very common infused baked good found at almost every dispensary across the country. Of course, if you do choose to buy infused edibles (or cook them yourself at home), proper edible dosage is key to a comfortable high. But even separately, non-infused brownies make for a delicious way to combat the munchies, no matter the time nor place.

What is National Brownie Day?

The origins of National Brownie Day are unknown, but we imagine that one day someone got high and decided there should be a holiday dedicated to this delicious dessert. Even the beginning of the brownie itself is shrouded in mystery. One famous myth claims that in 1912 a housewife in Bangor, Maine made a chocolate cake but forgot to add baking powder. After the cake didn't rise properly, she cut and served the flat pieces. Unfortunately, that's been dispelled because famous cookbooks show brownie recipes starting in 1906. Basically, all we know is that brownies were made by an American in the early 20th century.

To tie in our love of brownies, the Where's Weed team is looking for one lucky person to taste test different popular brownies from across the nation. Whether you like fudgy chocolate or buttery blondies, the winner will have a month to try them all, take pictures and tell us your reviews! After sending in your photos and completing a quick survey, you can win an additional $200 Visa gift card.

Ready to win some brownies? Enter the giveaway below!